Canadian Price Variants: Why Collect Them?

Suppose you are thinking about collecting a given 1980's Marvel comic book issue from the publication time-frame of October 1982 to August 1986, such as Amazing Spider-Man #238 (1st Hobgoblin appearance). You may notice as you browse marketplace listings that you have a choice from among three different 1st-print types, which look like this: 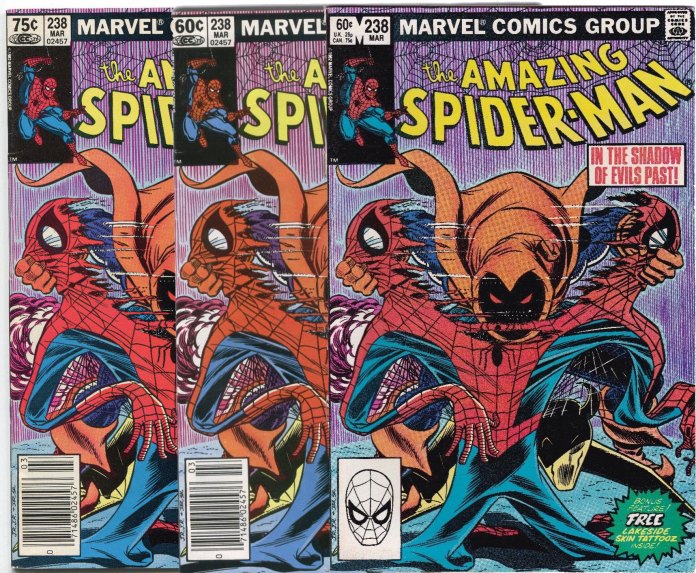 From right to left in the picture above, we see a 60¢ cover price copy with a "logo box" at the bottom left corner and at the top left corner underneath the 60¢ price, there is a small-print price ("CAN. 75¢"). This is known as a "Direct Edition" copy and was direct-sold to comic shops on a non-returnable basis. The natural buyer for this type of copy was the 1980's comic book collector, who typically treated their purchase as a collectible to be carefully preserved. 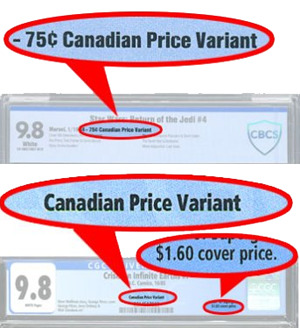 Current treatment for both CGC and CBCS: "Canadian Price Variant"
The next two copies, moving left, both have a bar code box in place of the logo box at the bottom left corners, and the price at the top left is 60¢ or 75&cent. These are known as "Newsstand" copies and the natural buyer for this type of copy was a reader. The copy at the far left is a "75¢ variant" — and since 75¢ was the price charged in Canada for this issue, another piece of handy terminology to refer to cover price variant comics like this is: Canadian Price Variants (Canadian Price Variant is often abbreviated "CPV"). This terminology lets us refer to the higher-cover-price type without needing to specify the individual cover price (which will vary issue by issue). In this way it is a "short-cut" term, and it has become the most common terminology you will see in the marketplace.

Before the publication window for Canadian Price Variants opened, as we entered the 1980's both Marvel and D.C. sold their comics through two distinct distribution channels: "Direct Edition" copies (like the one at the right-hand side of the picture earlier) were direct-sold to comic shops on a discounted but non-returnable basis; and "Newsstand" copies (like the two at the left-hand side of the picture earlier) were meanwhile distributed to newsstands across North America, and there, the fate of unsold copies was completely different: While comic shops that ordered Direct Edition copies were stuck with any unsold copies, meanwhile under the newsstand distribution model unsold copies could be returned (the newsstand was not on the hook if there was no sale).

Before October of 1982, all of North America got the same identical newsstand copies. But then in October of that year, on account of sustained currency movement, publishers could no longer afford to charge customers the identical 60¢ price anymore on newsstands in population centers like Toronto, Vancouver, and Montreal — i.e. locations where customers would be using Canadian currency to pay for their comics. And so, publishers started to require 75¢ from Canadian newsstand-goers.

All three types were produced simultaneously on the same manufacturing equipment, so all are equally deemed to be 1st print copies (each batch involved only a change of the black/key plate and the indicia and interior pages are fully identical). But while the three types are equally 1st print copies, they are not equal in rarity. The number of copies created for each batch was unique to its corresponding target market, with the size of the Direct Edition batch informed by comic shop order levels; meanwhile the sizes of the two Newsstand batches would naturally have been informed by the size of each target market and newsstand sales trends.

The batch of newsstand copies today known as the Canadian Price Variant copies would have been the smallest batch, making the Canadian Price variant type the most rare type of the three available choices: and that's why we collect them, because they were sold in vastly smaller numbers, were purchased mostly by readers (keeping typical condition lower in grade), and have estimated survivorship of around 2% of copies (CGC census data for most issues shows variant rarity between 2-3% of census copies), as illustrated below: 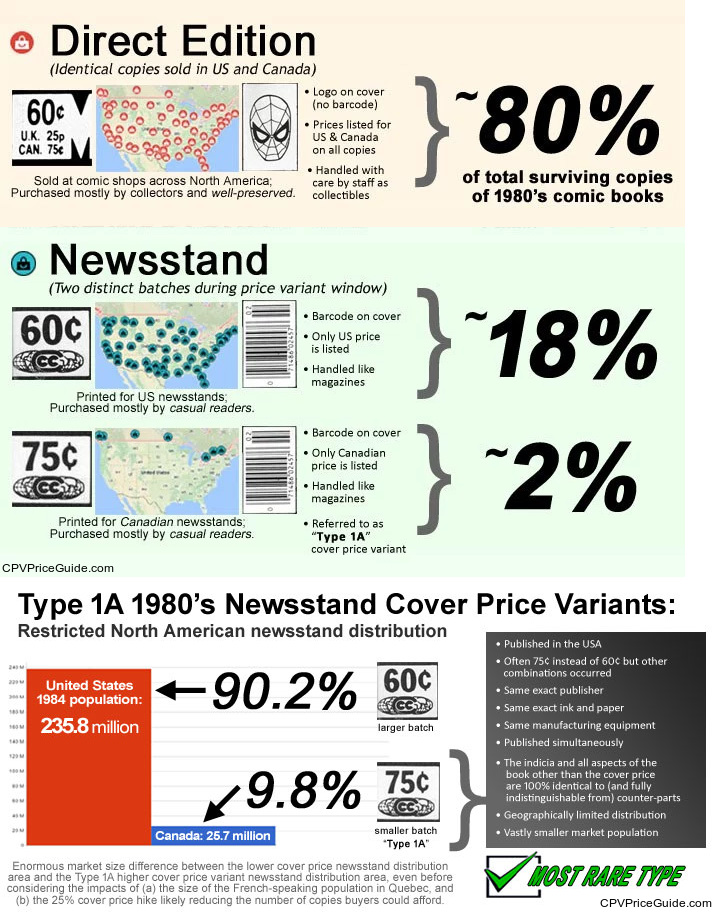 [Click here for a detailed explanation of the above graphics] 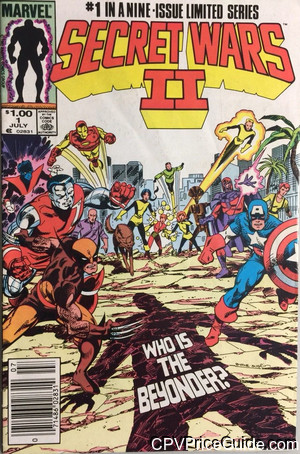 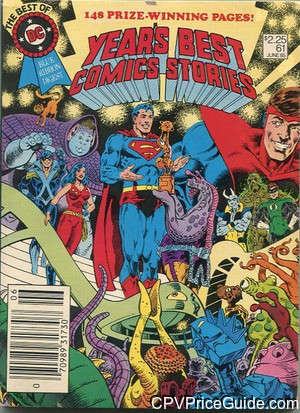 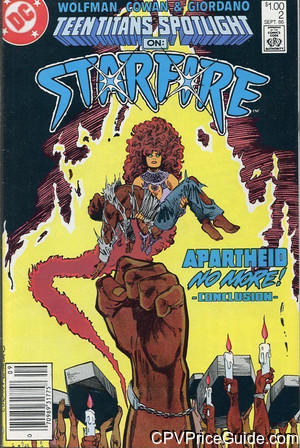 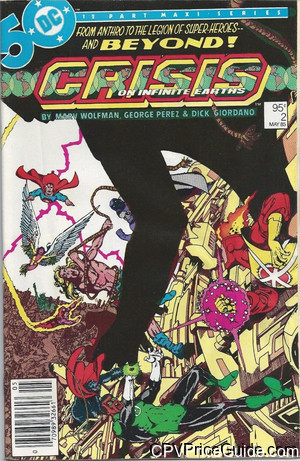