“The disrespect is real. But why?”

Another trip around the sun finds me back at it, delving deeper into this wonderful subset of collecting; Type 1A price variant hunting. (Not hoarding.) 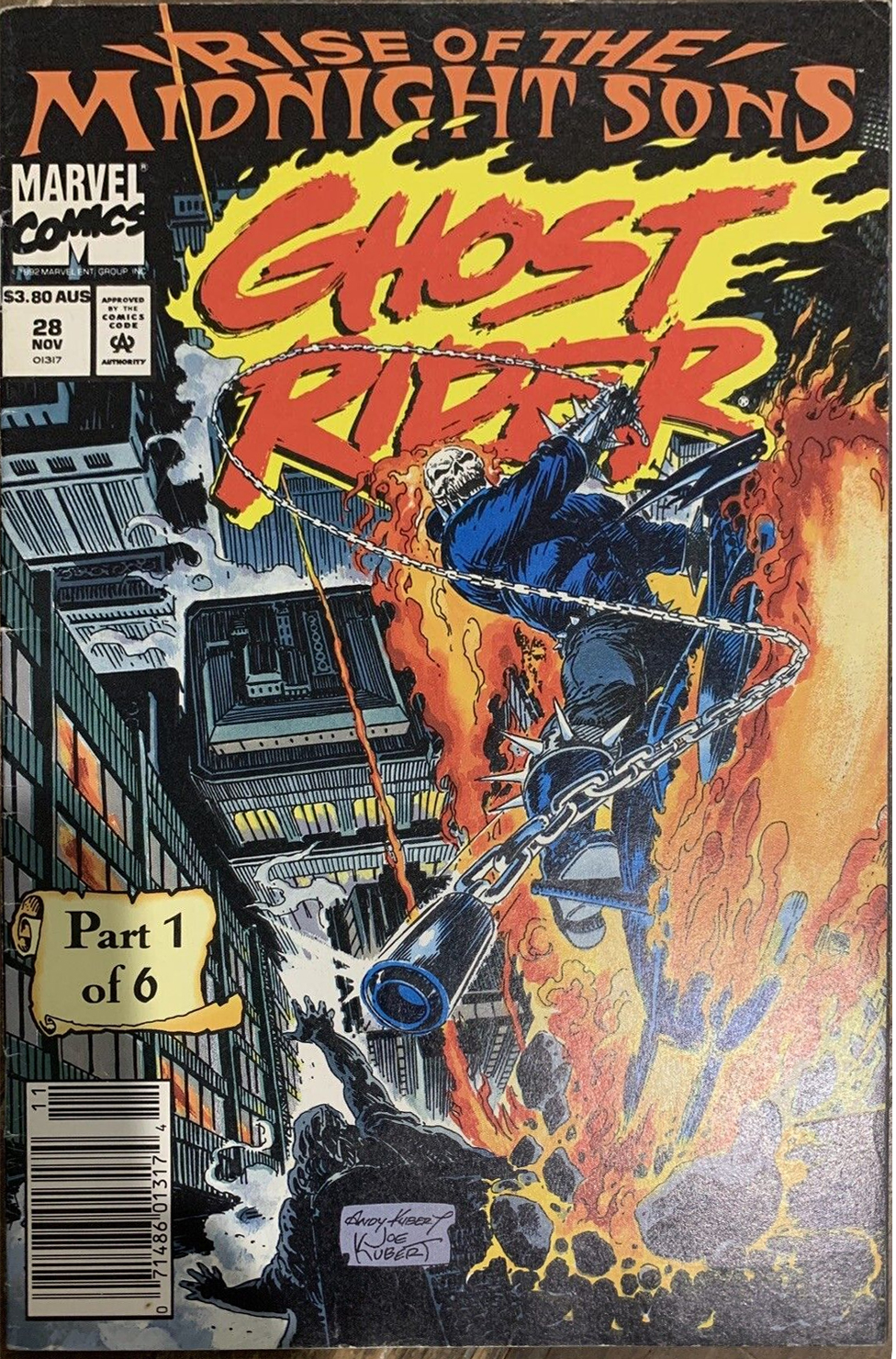 No, this time I’m going to dive into the persisting public perception that seems to defy demonstrable data (Stan speak) and wax poetic on what should be the biggest no brainer in the collecting game, UKPVs.

Known as pence copies, UK Editions, and most recently as UK Price Variants, these books somehow, incredulously, command the smallest realized value out of the three known T-1A categories (UKPV, CPV, APV) against “regular” US copies. They seem to have everything going for them collectibility wise, yet you can often still find them at significant discounts compared to their “regular edition” counterparts. The disrespect is real. But why?

Before we can get closer to understanding the why, we have to explore The Who, What, Where and the When. (In no particular order). 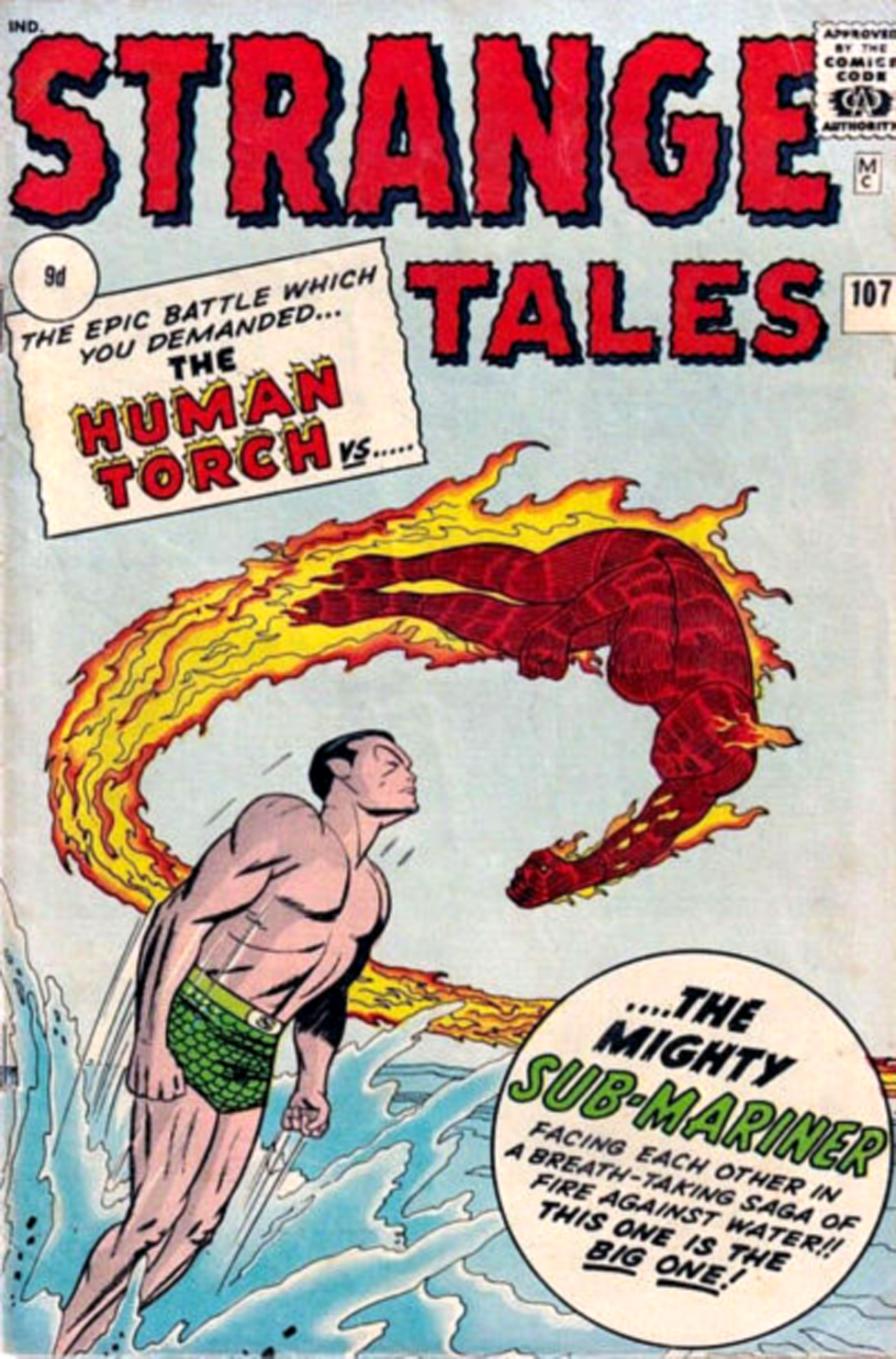 UKPVs are US first editions printed on the same equipment at the same time as their more common “cents” counterparts. While they share the same production standards, they are more scarce than Canadian price variants, and cover a much bigger window than Australian price variants.

The lone pence copy of Strange Tales 107 on the census (CGC 2.5) is but one example, of many, supporting his projections. Many of these are ghosts.

For decades, people confused pence books with reprints. There are several reasons for this. One big contributing factor was that Marvel did have a British publishing division that reprinted many comic stories into new collections for the comic hungry masses living in the Limey-Verse. Casual collectors, unable to distinguish between the different comics, likely juxtaposed the two types of UK books, spreading misinformation in the hobby.

Over time, the community as a whole just started to assume that all UK editions were reprints, deflating the overall desire to obtain them, and depressing their value. Additionally, many other foreign markets, including Canada and Mexico also reprinted American comic books, adding to the confusion.

UKPVs were printed on US presses from 5/60-12/81. That window spans across an incredibly prolific era of comics history and falls squarely into that Cornucopia that encircled the Marvel Age of Comics. This time period is absolutely dripping with keys.

If you’re hunting grails, this is absolutely the age to target.

One could argue that these comics are the “actual first prints.” Because they needed to be shipped overseas and released simultaneously on the same day as the cents copies in the US, UKPVs were actually the first run off the presses in order to give enough time for the journey across the sea to Middle earth. This is clearly demonstrated by the bold color strikes and wet inks found on many of these “editions.” Vibrant colors and deep blacks tend to be both a hallmark and the calling card of these scarce books.

Now that I have throughly extolled the virtues and great investment potential of these rare beauties, I thought it might help to shed further light on the subject of their actual scarcity by comparing pence copies against the census numbers of regular US Type 1 price variants, since 30 and 35 cent price variants like Star Wars 1 and Iron Fist 14 are the OG trend setters that jump started this niche and command big bucks. (* Sad editor’s note - SW1 and IF14 UKPVs could not be reached for comment, as they don’t exist.)

What I found was expected, yet still eye opening. In every case, the UKPV was found to be more scarce than the much coveted US 30 and 35 cent Type 1 price variants, often by a factor of 3 or more.

The list below is a compilation of key issues that are represented by the three different price variations. Because of the small window of the US 30-35 centers, (1976-1977) there aren’t many. (Data as of October 2022). 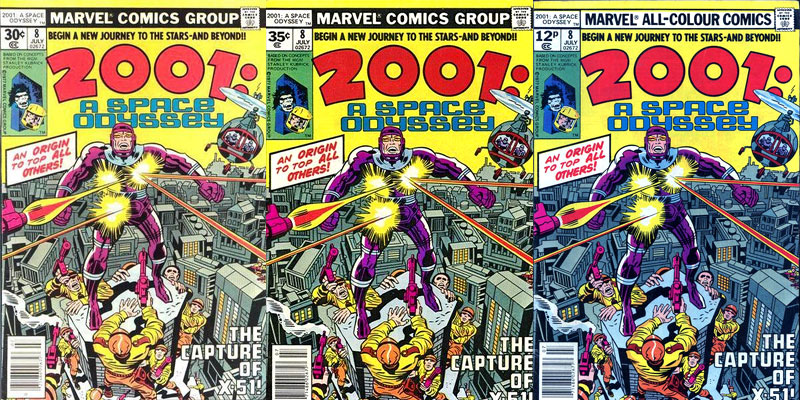 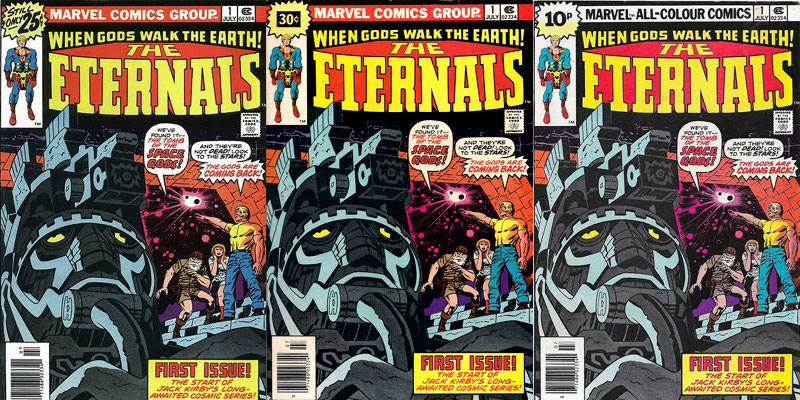 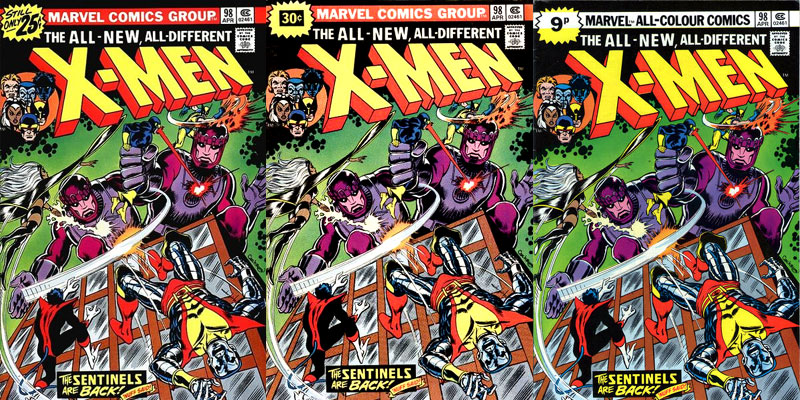 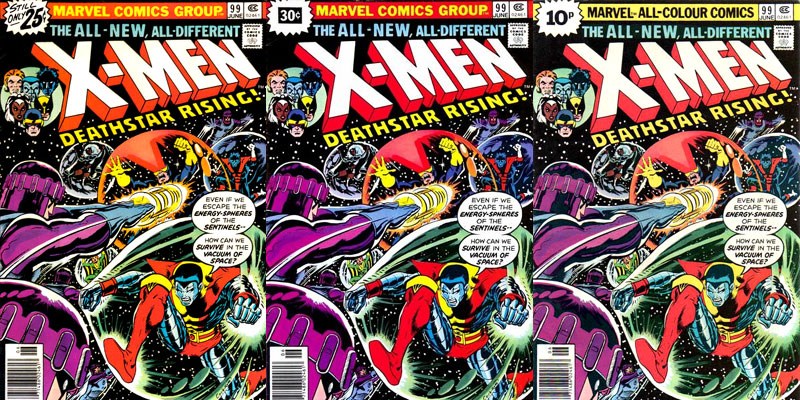 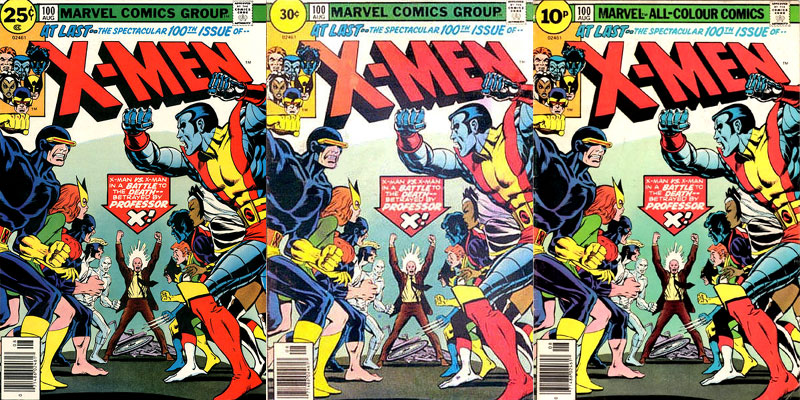 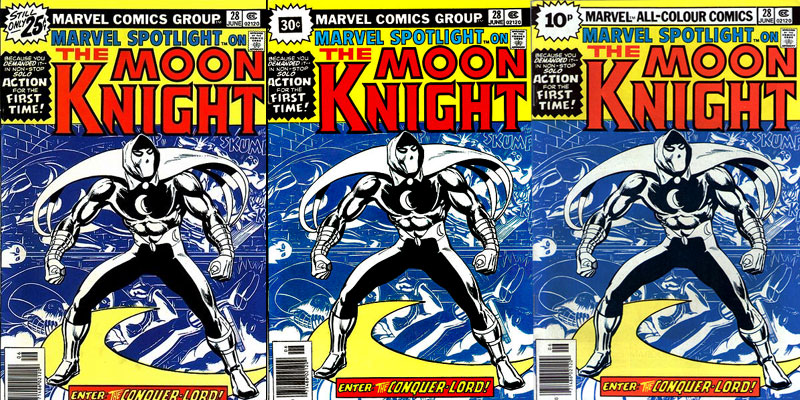 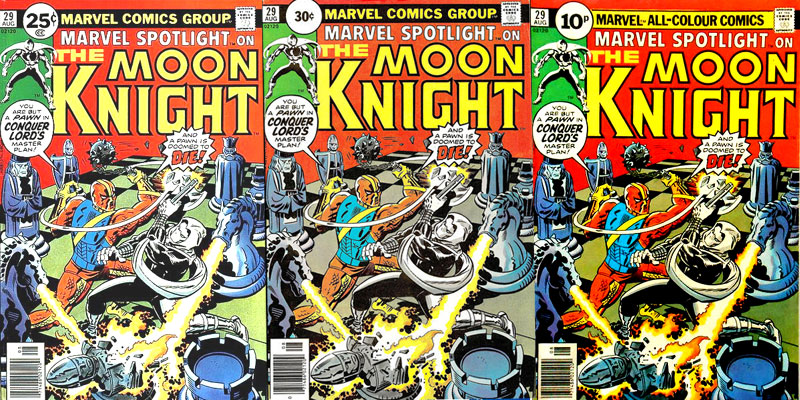 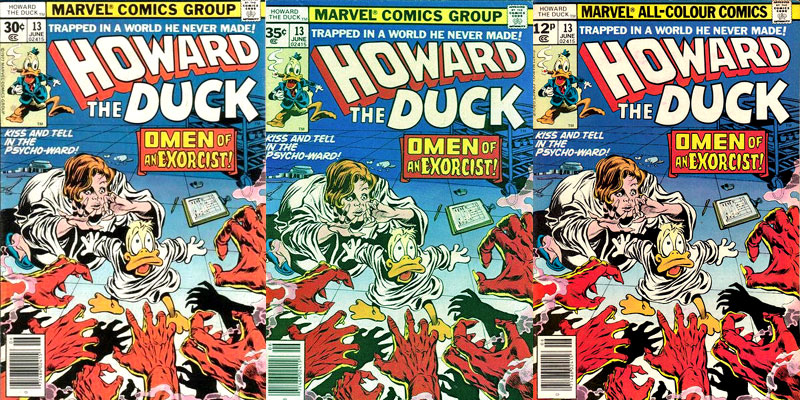 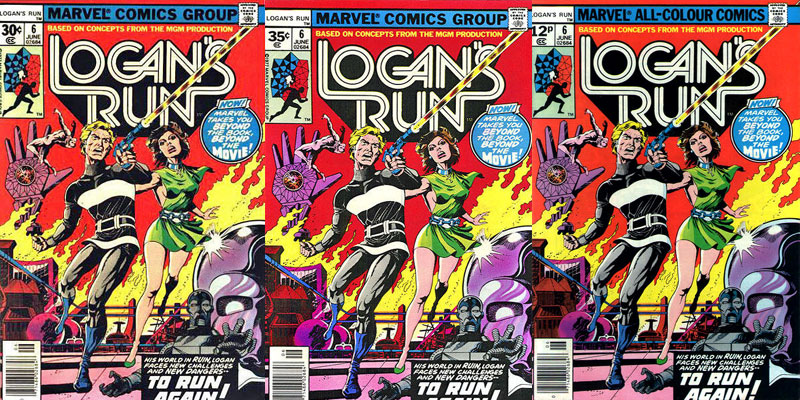 Now that we have dug in a little deeper we can finally answer the burning question. Why all the hubbub bub?

It really seems to come down to one thing. CPVs and APVs are still cents copies, just in different denominations. The price on those books are still listed in "OUR" currency, while UKPVs are listed in Martian money. That’s it. The only explanation that makes any sense whatsoever is that people apparently hate to see a 'p' or 'd' deface the price box on their precious US pop culture periodicals.

I have long since come to terms with the fact that I would rather possess the more scarce books, funky Brit pricing be damned. I am also resigned to the fact that one day the Martians will land on the White House lawn and impose their currency upon us. When that day comes, I will be ahead of the curve and ready to trade these little nuggets for a comfy place in their new world order. I’m playing 9d chess.