“The comparison that comes to mind, at least for me, is that in the middle of the chaos, the CPV market turned out to be the CD of the investment market as opposed to openly traded stocks.”

Whenever I sit down to begin drafting one of these I always try to make an effort to keep things brief and to the point. I am, however, going to take a somewhat different approach this time around. Rather than citing prices observed in the last year I’m going to throw out some thoughts that have been rattling around in my head in regard to the CPV market.

As we all know March of 2020 threw the world into uncertain territory. No one knew what to expect or how the comic market would be affected. Looking back at it all now you can see patterns. 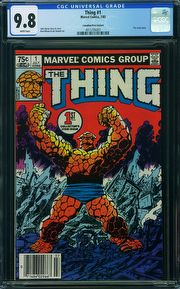 Comic books are a tangible asset that can be held in one's hands, appreciated, and enjoyed.
In general, any time there’s a disruption in the economic state, collectibles have seen an increase in demand. Collectors tend to get a sense of security from having their money in a literal, tangible form. Initially, the comic book market didn’t see an immediate impact but once it was obvious that we were looking at circumstances that were going to impact things for the long haul, changes started happening.

Many collectors found themselves at home and with the time they didn’t have previously to evaluate their comics, determine which of those they really felt were important to them and begin the process of weeding out things they weren’t attached to in order to replace them with things they wanted but didn’t have.

There was a surge in the number of “dealers” offering books for sale on the market, increasing supply with a large increase in demand as well. Speculative buyers began snapping up just about anything key as well as a great many things that aren’t, or at least that weren’t when all of this started.

So many books saw immediate and drastic increases in asking price, sales were happening so fast that it was almost impossible to keep up with it all. Two and a half years later... there looks to be a cooling in the market as prices either level off or begin to recede to more realistic levels. 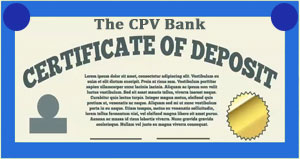 Sure, high grade copies (graded and raw) saw some notable jumps and record sale prices but overall there’s been continued, steady growth. There may not be a windfall return on investment but over time the return you see is almost guaranteed.

As with the rest of the comic market during this time, CPVs have seen new prospective buyers but it seems to be buyers that have genuine interest in the books, not just those looking for a quick flip making for an overall stronger and healthier market. These are the same buyers that have ventured into the UK & Australian Price Variants and, to some degree, foreign editions. 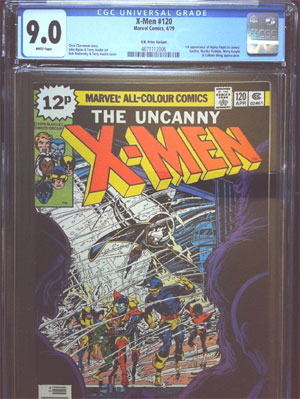 This X-Men 120 UK price variant recently sold for a premium to regular copies in the same grade.
For years, the US comic market treated UK Price Variants as less desirable than US versions. That has changed quite a lot in recent years. In some cases now the UK Price Variants, much like their Canadian cousins, are selling at the same market rate or higher than their counterparts distributed within the States.

We’re used to seeing CPVs sell for higher prices than US copies. It only makes sense being that there’s fewer of them. With more demand and no increase in supply it only stands to reason that this corner of the comic market will see continued growth in the coming years.

Switching gears a bit... the vast majority of CPV sales I see tend to be raw copies. I’m not 100% sure if my reasoning on that is valid or not but I’m gonna throw it out there for everyone to consider: When it comes to graded books many people have the mentality that “if it isn’t a 9.8 it’s not worth getting graded”. That thought process may have affected some collector’s desire to submit some of their books.

When it comes to newsstand copies of a given comic there’s an increasing number of cases where those books are selling for a premium above direct market copies because based on the handling and outlets they were sold in it’s considerably harder to find high grade newsstand copies.

To date many key issues still have no 9.8 CPV copies on record; Saga of the Swamp Thing #37 is one such example.
I assume everyone can see where I’m going with this. ALL CPVs are newsstand copies. (With a couple of Archie exceptions). Only time will tell but there may not be 9.8 copies of all of them. For that matter, even finding 9.0 copies of certain books can be difficult.

Either way, I certainly wouldn’t let it dissuade me from submitting a book for grading. I’m well aware that there are far more collectors that don’t submit books for grading than there are that do, but as demand & prices rise, collectors begin to reach retirement or simply move on from comics, it’s becoming increasingly difficult to justify not grading at least some books in order to realize the best price you can get.

That being said, my personal opinion of collecting hasn’t changed. Buy things you like and don’t worry about the value. If you’re comfortable with the price you’re paying, that’s all that matters. This is a hobby for most people which means that it’s supposed to be fun, so enjoy it.